Photo by James Wheeler on Pexels.com

As the leaves begin to change and the boots come out of the closet, we start looking forward to pumpkin spice and everything nice. Each year when September rolls around, you can find almost anything in pumpkin flavor. From coffee to donuts to even pumpkin spice cheerios, it’s the time of year where people go crazy for pumpkin foods.

As most of you might have guessed, pumpkins are ready to harvest around late September to early October. This means that the best time to plant the seeds are sometime between May to July. May in the northern regions, and July if you go further south where it’s warmer. The timing of planting is key to having a good harvest for those Halloween decorations. If they’re planted too early, then the pumpkins could rot before October.

The great thing about pumpkins is there is no special way they have to be harvested. If you visit a pumpkin patch, you will find a field of pumpkins ready to be transformed into the next elaborate jack-o’-lantern and can be picked from a little kid or an adventurous adult. Pumpkins are best harvested when they’re a deep orange color, for most varieties, and should be picked before the first frost.

Pumpkins are filled with amazing antioxidants and beta-carotenes from their rich orange color, which is converted to vitamin A. Pumpkin seeds are rich in protein and can be turned into edible oil, which provides a great amount of oleic acid. Aside from the nutritional aspects of pumpkin, this amazing fruit can be used in just about everything!

Photo by Madison Inouye on Pexels.com

Although most people refer to pumpkins when they’re talking about decorations and a delicious addition to their dishes, pumpkins are only one piece of the squash world. Squash comes from the genus Cucurbita and has multiple varieties and are broken down into summer squash and winter squash. Pumpkins are in the winter squash group and are actually not what makes up canned pumpkin. Here in the United States, the term “pumpkin” refers to varieties C. pepo and C. maxima and are better used as decorations than for eating. Most canned pumpkin includes squash, such as cultivars of Cucurbita moschata which are cousins of butternut squash, because it adds a better flavor than pumpkin. Whether it’s pumpkin or squash, enjoy the changing leaves and grab a hot drink because winter will creep up sooner than you think. 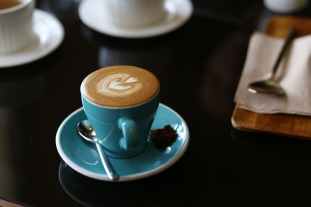 Photo by Jay Graph on Pexels.com

Method: Put all the ingredients in a blender and blend on high for 10-15 seconds. Enjoy!

Quick little jaunt down the road to visit @flag_hill this week with the class! What an amazing time and so much insight into the process, business and art of a #local winery. #whiskey #wine
Time to try out our new @johnnys_seeds delta wire hoe 👩🏻‍🌾 #itsmehiimtheproblemitsme #hightunnelgrowing
Big day today in the unheated tunnel. Thanks to Becaye, Noah and Logan for the attention to detail on this project and a very special thanks to Susan the #visionary behind it! What a difference a day can make. Off to the next project! Stay tuned #UNH #hightunnel #spinach #hashtag
TIS THE SEASON …. for planting lettuce! Happy planting folks; we’re sure enjoying it #salanovaseason
Victoria’s harvest of lettuce mix is headed to @unhdining and @unhcatering this morning!
today the dream team put their post harvest handling skills to the test in the real world, pumpkin style. what some jack o lanterns may lack in structural integrity, they make up for in artistic ability . thanks to all our contributing artists ! #handles#pumpkin#pie#farmlife#squashlife#livelaughlovelearn
My Tweets
Loading Comments...
%d bloggers like this: